I was with my inter-disciplinary professional  group for awhile yesterday working on a family business case we’re involve with and one of the persons in this group is  a lawyer who practices in Vancouver, and  who happens to be Jewish.  He brought cookies to the meeting and said we needed to wind up just after 4 PM because he had to be with family for Rosh Hashana.  We talked briefly about the night of festivities and  lots of food he would be enjoying with his family.

I forgot to say last night Happy New Year to all my Jewish clients and friends.  May it be a wonderful year.  Reflection begins today followed by the day of atonement next week, Yom Kippur.

Curt Wahlberg wrote today a piece on hope for  a kinder world, something for us to reflect upon:

Have you ever felt pushed around?  Or criticized?  Or maybe you’ve been on the other side of things and have been too pushy or critical.

My experience suggests that criticism and unkindness are a kind of contagion that affects people in different ways at different times.  Whether you’re the giver or the receiver, criticism, at the least, deprives you of your peace…..We can’t climb higher because of another’s fall.  Nor can we fall lower because of another’s climb.  So there’s no true basis for subjugating another or for feeling imposed upon… 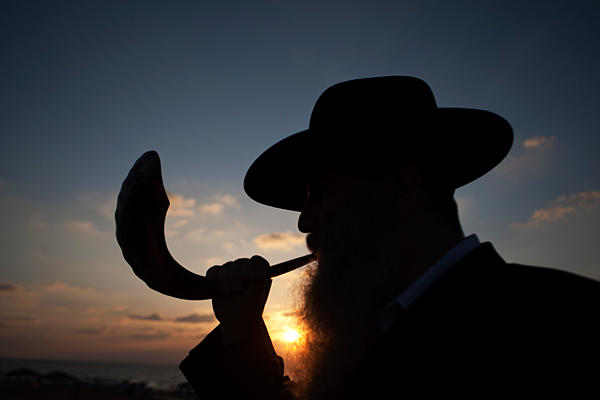 A Jewish man blows a shofar, Ram’s horn, while others pray as they perform Tasklikh, a Rosh Hashanah ritual for casting sins upon the waters, in front of the Mediterranean sea in Ashdod, Israel. Ariel Schalit/AP. 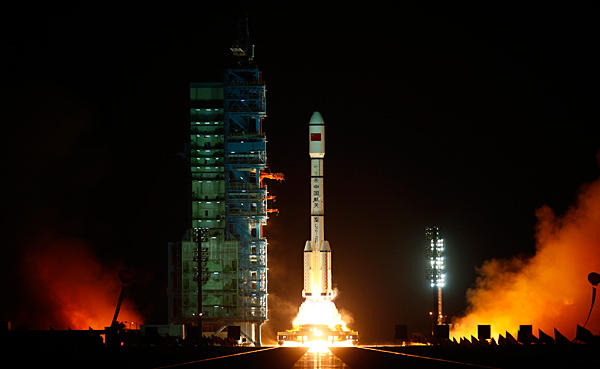 In the U.S., “the underlying economic numbers were much better than expected, and the general mood is so pessimistic it’s not going to take much for there to be a rally in this market,” Terry Shaunessy, president of Shaunessy Investment Counsel in Calgary, said in a telephone interview. The firm manages about C$150 million ($146 million).

The S&P/TSX has fallen 7.5 percent in September, poised for a seven-month losing streak that’s the longest since 1984.

Energy and raw-materials companies, which make up 46 percent of Canadian stocks by market value, have declined on concern over demand as Europe struggled to contain its debt crisis. This month’s slump is also the biggest since October 2008.

The U.S. economy expanded at a 1.3 percent pace in the second quarter, Commerce Department figures showed, higher than 1 percent in the previous estimate. Jobless claims fell 37,000 last week to 391,000, the fewest since April, according to Labor Department data.

New York futures are down 7.5 percent this month and have dropped 14 percent since the end of June, heading for the biggest quarterly loss since the last three months of 2008.

Natural gas pipeline operators pared the advance in energy group after the U.S. Energy Department said reported the biggest inventory gain in the heating fuel in more than two years. U.S. inventories rose 111 billion cubic feet, or 3.5 percent, to 3.312 trillion in the week ended Sept. 23, the department said. Stockpiles had been expected to rise 103 billion, the average of analyst estimates compiled by Bloomberg.

Petrobank Energy and Resources Ltd., a western Canadian oil and gas producer, lost 20 percent to C$6.59 after saying it suspended operations of is Conklin demonstration project after finding evidence of combustion gas migration.

Research In Motion fell 3.2 percent to C$21.94 after Collins Stewart said the BlackBerry maker might halt production of its PlayBook tablet. The company called the rumor “pure fiction” in an e-mailed statement to Bloomberg.

“We got two excellent numbers,” Philip Orlando, the New York-based chief equity market strategist at Federated Investors Inc., said about the economic reports in a phone interview. His firm oversees about $350 billion. “It suggests that we are coming out of the soft patch and not spiraling into a double-dip recession.”

Two industries that have beaten the S&P 500 in the third quarter, computer and software makers as well as companies reliant on discretionary consumer spending, fell the most today.

The S&P 500 Information Technology Index lost 0.4 percent, bringing its two-day drop to 1.8 percent. Among its constituents, Apple, which rose 16 percent in the quarter, has dropped 5.5 percent since Sept. 20, while Google Inc., up 4.2 percent for the quarter, slid 2.2 percent in the last two days.

“They’re selling the winners that have exposure outside of the U.S.”

Stocks worldwide are headed for their worst quarterly performance since the end of 2008 on concern Europe’s debt crisis will trigger a global recession. The MSCI All-Country World Index has lost 16 percent this quarter and trades at 11.9 times reported earnings, near the lowest level since March 2009. The S&P 500 has lost 12 percent since the end of June.

Stock futures extended gains today as applications for jobless benefits dropped by 37,000 in the week ended Sept. 24 to 391,000, the fewest since April, Labor Department figures showed. Economists forecast 420,000 claims, according to the median estimate in a Bloomberg News survey. An agency official said the data probably reflected a “slight mistiming” in the seasonal factors used to modify the figures.

A separate report showed the U.S. economy grew at a 1.3 percent pace in the second quarter, faster than estimated last month and helped by exports and spending on services.

“The U.S. economic data was better than expected,” Michael Gibbs, Memphis, Tennessee-based chief equity strategist at Morgan Keegan Inc., said in a telephone interview. His firm oversees about $70 billion in client assets. “The market wants Europe to show us, not tell us, what’s going to happen.”

“Our markets have fairly well priced in all but the most draconian of scenarios,” Wilbur Ross, the billionaire chairman of private-equity firm WL Ross & Co., said today in an interview on Bloomberg Television’s “In the Loop” with Betty Liu.

“Unless something really calamitous happens” such as a default of a larger European country like Spain or Italy, “short of that, I think we’ve pretty well priced things in.”

Harleysville Group Inc. surged 87 percent to $58.96. The insurer agreed to be acquired by Nationwide Mutual Insurance Co., the eighth-largest U.S. personal auto insurer, for $60 a share in cash.

Advanced Micro Devices sank 14 percent, the most in the S&P 500, to $5.31. The second-largest maker of processors for personal computers reduced its forecasts for third-quarter sales and profitability, citing manufacturing glitches.

Netflix dropped 11 percent to $113.19 for the second- biggest loss in the S&P 500. The online and mail-order video service fell on concern about competition with Amazon.com Inc. and Microsoft Corp. The streaming business faces competition from Amazon, which unveiled a tablet computer yesterday that’s designed to work with its own video service. Microsoft plans to offer online pay television service from Comcast Corp. and Verizon Communications Inc. through its Xbox Live service, people with knowledge of the situation said.

For me, nonviolence is not a mere philosophical principle.

It rules my life.  It is the rule and breadth of my life.

It is a matter not of the intellect but of the heart.

I shut my eyes in order to see.