Cabrillo Day ~ Discovery of California in 1542.

Tomorrow is Michaelmas ~ St. Michael’s Day: “ An esoteric Christian picture of the meeting between higher self and lower self is that of Michael and the Dragon.  Michael is consciousness; the Dragon pure impulse.  Though they are polarities, they are also alike.  Michael means ‘He who is like God’ and the Dragon is Lucifer (the Light Bearer), the great angel who took himself to be greater than  God.  Casting Lucifer from the Heavens, Michael struck a gem from Lucifer’s crown.  This became the Philosopher’s Stone – the magical substance that alchemists’  believed could turn lead into gold.  It stands for transformation and is our guide on paths of wisdom (gnosis).  The alchemical rule, ‘As above, so below’ assures us that ultimately all is one.  We are one with our Dragon.  The gem from Lucifer’s crown can also be the Holy Grail – love.  Out of love, we may embrace the Dragon.  For only by love can that which is flawed – both in ourselves and in the world – be made whole again.” -John Miller. A young visitor to Te Papa Museum in Wellington New Zealand poses for a photo inside a life-size replica of Blue Whale heart. Credit: Mark Baker/AP 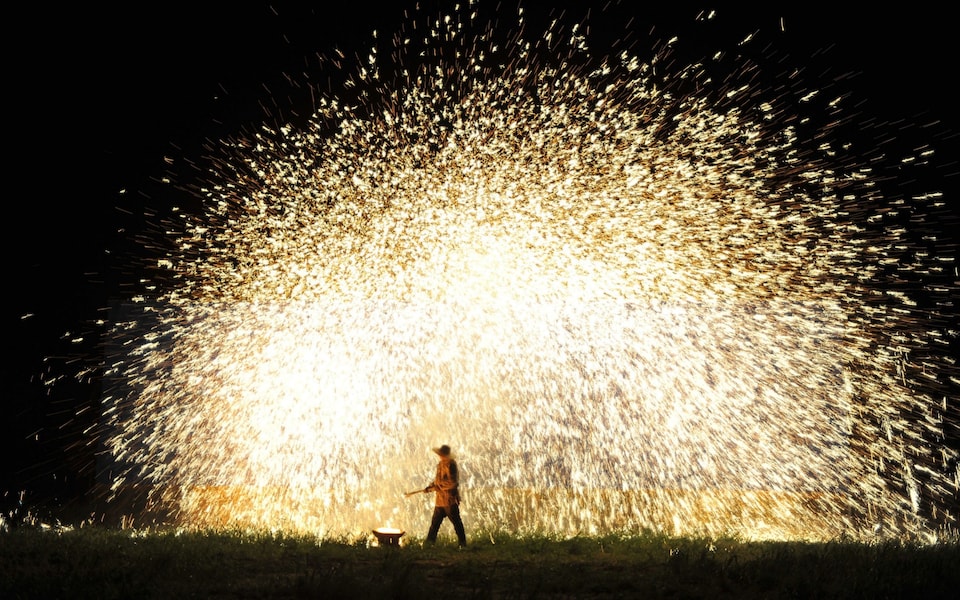 A spectacular and dangerous traditional activity creating a canopy made from flying shards of molten metal performed at Yaozitou Village in north China to celebrate the harvest. The tradition was started 500 years ago as a cheap alternative to fireworks. Credit: Chen Xiaodong/Eyevine 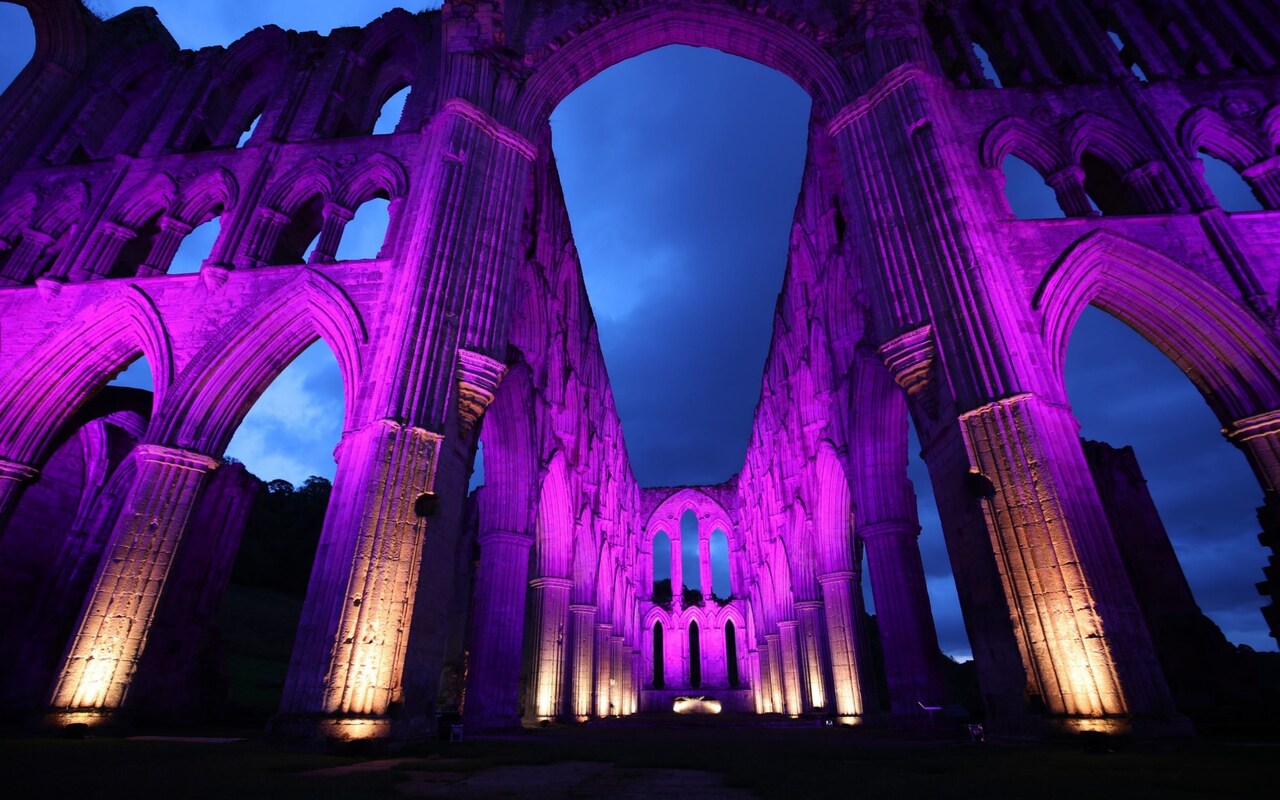 Market Commentary:
Canada
By Tatiana Darie
(Bloomberg) — Canadian stocks fell, sending a key index to a 1.3 percent loss for the third quarter, as trade uncertainty continues to weigh on shares. The U.S. and Mexico are about to advance a trade deal agreed last month that excludes Canada, the Financial Times reported, adding that the Mexican government said it will publish the text of the deal at 6pm local time (7pm in Toronto).
The S&P/TSX Composite Index declined 0.8 percent on Friday, with autos, retailers and energy leading losses. Pot stocks recovered from a recent selloff, outperforming the broader market. The loonie was stronger on Friday to close out a quarter in which it was one of only four G-10 currencies to rally against the greenback.
Stocks
* Canadian Apartment Properties REIT fell 0.4 percent after RBC analyst Neil Downey downgraded shares to sector perform from outperform
* BlackBerry Ltd gained 10 percent after better-than-expected second-quarter earnings; Morgan Stanley analyst James Faucette wrote in a note that the company’s 2020 growth expectations are “too high”
* Aecon Group Inc. rose 0.3 percent after Bridging North America reached financial close to design, build, finance, operate and maintain the Gordie Howe International Bridge Project for the Windsor-Detroit Bridge Authority
Commodities
* Western Canada Select crude oil traded at a $34.90 discount to WTI
* Gold gained about 0.7 percent to $1,195.20 an ounce
FX/Bonds
* The Canadian dollar gained 1 percent to C$1.2916 per U.S. dollar
* The Canada 10-year government bond yield gained 0.4 basis points to 2.423%
US
By Jeremy Herron and Sarah Ponczek
(Bloomberg) — U.S. stocks ended virtually unchanged to cap the best quarterly advance in five years. The dollar edged higher.  The S&P 500 Index saw the best quarter since 2013, even as the benchmark experienced its first weekly loss in three weeks. Financial shares paced losses, while technology firms led gains.  Facebook shares declined more than 2 percent after the tech giant said a security breach affected about 50 million users.
Tesla Inc. tumbled the most in five years after securities regulators filed a lawsuit against Elon Musk’s carmaker.  Oil had the longest run of weekly gains in four months as energy giants to Wall Street banks predicted the return of $100 crude on an impending supply crunch. The dollar erased earlier gains after data showed U.S. consumer spending cooled in August, while the 10-year Treasury yield traded near 3.05 percent.  “When you look underneath the surface and you look at the market, this year has been a year when the market has just frankly been resilient,” Jay Gragnani, head of research at Nasdaq Dorsey Wright, said by phone. “There’s lots of talks of trade wars between China and the Canadian discussion. If you haven’t paid attention to the market, it certainly hasn’t felt like a very good year, but really you look underneath the surface and you’ve seen some pretty decent gains.”
In Europe, Italy’s populists won their battle to fund costly campaign promises, while infighting over Brexit is embroiling the U.K.’s Conservative Party. The Stoxx Europe 600 Index retreated, led by a plunge in Italian shares as the country’s benchmark headed for the biggest drop in more than two years. The nation’s yields climbed the most in four months after the government set a wider budget deficit than some investors had anticipated.
The yen’s slide to the weakest level this year helped stoke Japanese stocks as Asian equities advanced from Sydney to Shanghai.
These are the main moves in markets:
Stocks
* The S&P 500 was unchanged at 2,913.93 as of 4 p.m. in New York. The measure rallied more than 7 percent in the third quarter.
* The Nasdaq composite rose less than 0.1 percent, while small caps advanced.
* The Stoxx Europe 600 Index dipped 0.8 percent.
* Italy’s FTSE MIB Index sank 3.7 percent, the most in more than two years.
* Emerging-market stocks fell 0.4 percent.
Currencies
* The Bloomberg Dollar Spot Index was little changed.
* The euro decreased 0.3 percent to $1.1612.
* The British pound fell 0.3 percent to $1.3039.
* The Japanese yen dropped 0.2 percent at 113.60 per dollar.
Bonds
* The yield on 10-year Treasuries was little changed at 3.05 percent.
* Germany’s 10-year yield decreased six basis points to 0.46 percent, the largest tumble in four months.
* Britain’s 10-year yield sank four basis points to 1.556 percent.
* Japan’s 10-year yield climbed one basis point to 0.13 percent.
* Italy’s 10-year yield jumped 33 basis points to 3.216 percent, the highest in four weeks on the biggest surge in four months.
Commodities
* West Texas Intermediate crude increased 1.7 percent to $73.34 a barrel.
* Gold gained 0.8 percent to $1,192.25 an ounce.
* Copper rose 0.8 percent to $2.80 a pound.
–With assistance from Adam Haigh and Robert Brand.

Have a wonderful weekend.

Determine never to be idle.  No person will have occasion to complain
of the want of time who never loses any.  It is wonderful how much
may be done if we are always doing.
-Thomas Jefferson,1743-1826