One of his gifts to us:

TO SONGS OF INNOCENCE

Piping down the valleys wild,
Piping songs of pleasant glee,
On a cloud I saw a child,
And he laughing said to me:

“Pipe a song about a Lamb!”
So I piped with merry cheer.
“Piper, pipe that song again”;
So I piped: he wept to hear.

“Drop thy pipe, thy happy pipe;
Sing thy songs of happy cheer”;
So I sang the same again,
While he wept with hoy to hear.

“Piper, sit thee down and write
In a book, that all may read.”
So he vanished from my sight,
And I plucked a hollow reed,

And I made a rural pen,
And I stained the water clear,
And I wrote my happy songs
Every child may joy to hear.

Photos of the Day 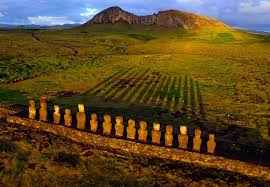 Nov. 28 (Bloomberg) — Canadian stocks slumped a third day, posting the biggest drop in more than a month, as commodities retreated to a five-year low after OPEC chose not to cut production.

The S&P/TSX is up 8.3 percent this year, the 10th-best performer among developed markets in the world.

The Bloomberg Commodity Index of 22 raw materials dropped as much as 3.9 percent to the lowest level since May 2009. Commodities are poised for a fourth straight year of losses as West Texas Intermediate oil is set for the biggest slump since the 2008 financial crisis.
Capstone Mining Corp. slumped 8.2 percent to C$1.91 and Lundin Mining Corp. lost 5.7 percent to C$5.45 as raw-material and energy producers declined 3.7 percent and 2.4 respectively. Five of 10 industries in the benchmark Canadian equity gauge retreated on trading volume 3.8 percent higher than the 30-day average today.

Copper for March delivery plunged 3.7 percent in New York to a four-year low amid speculation the slump in oil prices will reduce industrial-metals production costs.

Athabasca Oil Corp. dropped 1.9 percent to C$2.54 for a fifth day of losses, extending an all-time low. The stock has retreated 21 percent in the past five days. Pacific Rubiales tumbled 12 percent to C$11.05. The S&P/TSX Energy Index lost 2.4 percent as the group fell to a July 2013 low and posted a 11 percent weekly drop, its worst in six years.

WTI crude plunged 10 percent to $66.15, the lowest settlement since September 2009 and capped its biggest weekly decline since 2011. The Organization of Petroleum Exporting Countries yesterday kept its production ceiling unchanged at 30 million barrels a day, triggering the worst rout in Canadian energy shares in three years.

Canada’s economy grew an annualized 2.8 percent in the third quarter, faster than economists forecast, as exports of crude oil grew and consumers shelled out for cars and big-ticket items. Economists had forecast a median increase of 2.1 percent, slower than the second quarter’s 3.6 percent expansion.

By Callie Bost and Jonathan Morgan

Exxon Mobil Corp. and Chevron Corp., the oil and gas stocks with the biggest weighting on the benchmark S&P 500, lost more than 4.2 percent. American Airlines Group Inc. and Delta Air Lines Inc. rose at least 5.5 percent amid optimism that they will benefit from lower fuel costs. Wal-Mart Stores Inc. and United Parcel Service Inc. jumped more than 2.8 percent as shoppers go to stores and online for the Black Friday weekend.

The S&P 500 closed at a record on Nov. 26 and completed its second monthly gain today, with an increase of 2.5 percent. It has rallied 11 percent from its low last month as data signaled the U.S. economy is improving, and central banks around the world boosted stimulus measures.

“The larger story is the sharp oil-price dip overnight,” Richard Hunter, head of equities at Hargreaves Lansdown Plc in London, wrote in an e-mail. “That’s expected to continue the pressure on the oil majors, while at the same time giving a fillip both to the consumer — an effective tax cut — and indeed the airlines.”

West Texas Intermediate crude oil dropped 8.7 percent from its Nov. 26 close, the biggest loss in more than three years, as the Organization of Petroleum Exporting Countries yesterday agreed not to reduce its production ceiling even after oil collapsed into a bear market this year.

“Retail sales and Internet retail sales show yesterday was a good day,” Dan Heckman, Kansas City, Missouri-based national investment consultant at U.S. Bank Wealth Management, said by phone. His firm oversees about $120 billion. “With the drop in oil we think this will be a tremendous holiday season. Investors are going to watch which sectors will be impacted by the decline in oil.”

We encounter this, surprising paradox between us:

the Whole appears as a multitude,

the appearance is opposite to the truth,

and yet it is inseparably linked.

The hardest arithmetic to master is that which enables us to count our blessings.