Tangents:
May 31, 1911 – Shipping – Quebec-born shipbuilder Lord Pirrie launches his White Star liner RMS Titanic in Belfast; one of the largest vessels afloat, it will sink on its maiden voyage in April 1912. Belfast, Northern Ireland

May 31, 1786 – John Molson returns to Canada and starts enlarging the Montreal brewery he had previously run for John Loyd, and acquired in a bankruptcy sale. Montreal, Quebec.

Walt Whitman’s birthday, b. 1819
SONG OF MYSELF
I celebrate myself and sing myself.
And what I assume you shall assume,
For every atom belonging to me as good belongs to you.
I loafe and invite my soul,
I lean and loafe at my ease observing a spear of summer grass…
-Walt Whitman
From Song of Myself in Leaves of Grass.
PHOTOS OF THE DAY Tarantula Nebula which is the most spectacular feature of the Large Magellanic Cloud, a satellite galaxy to our Milky Way, glowing brightly about 160 000 light-years away. This image from VLT Survey Telescope at ESO’s Paranal Observatory in Chile shows the region and its rich surroundings in great detail. It reveals a cosmic landscape of star clusters, glowing gas clouds and the scattered remains of supernova explosions. Credit: The Telegraph 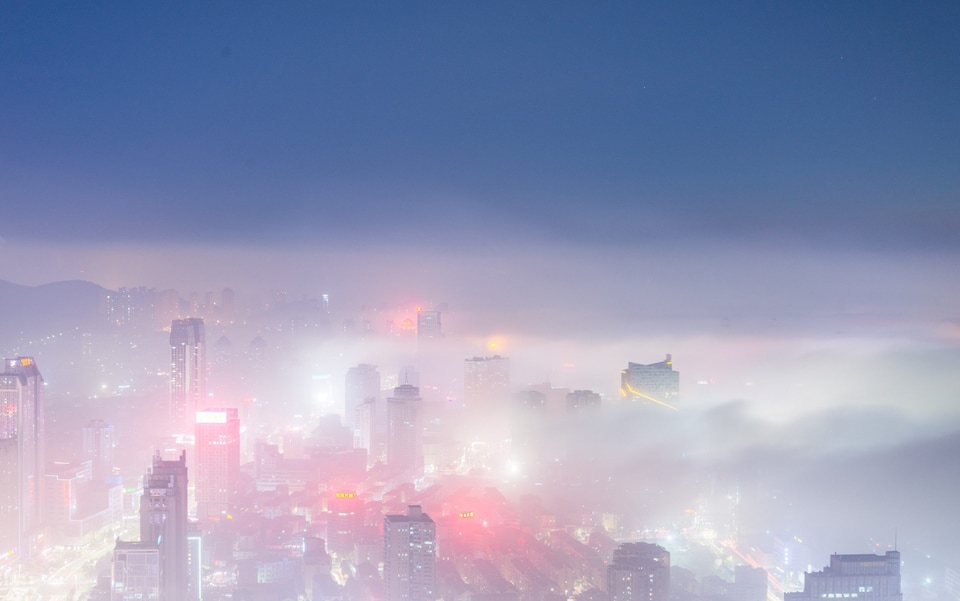 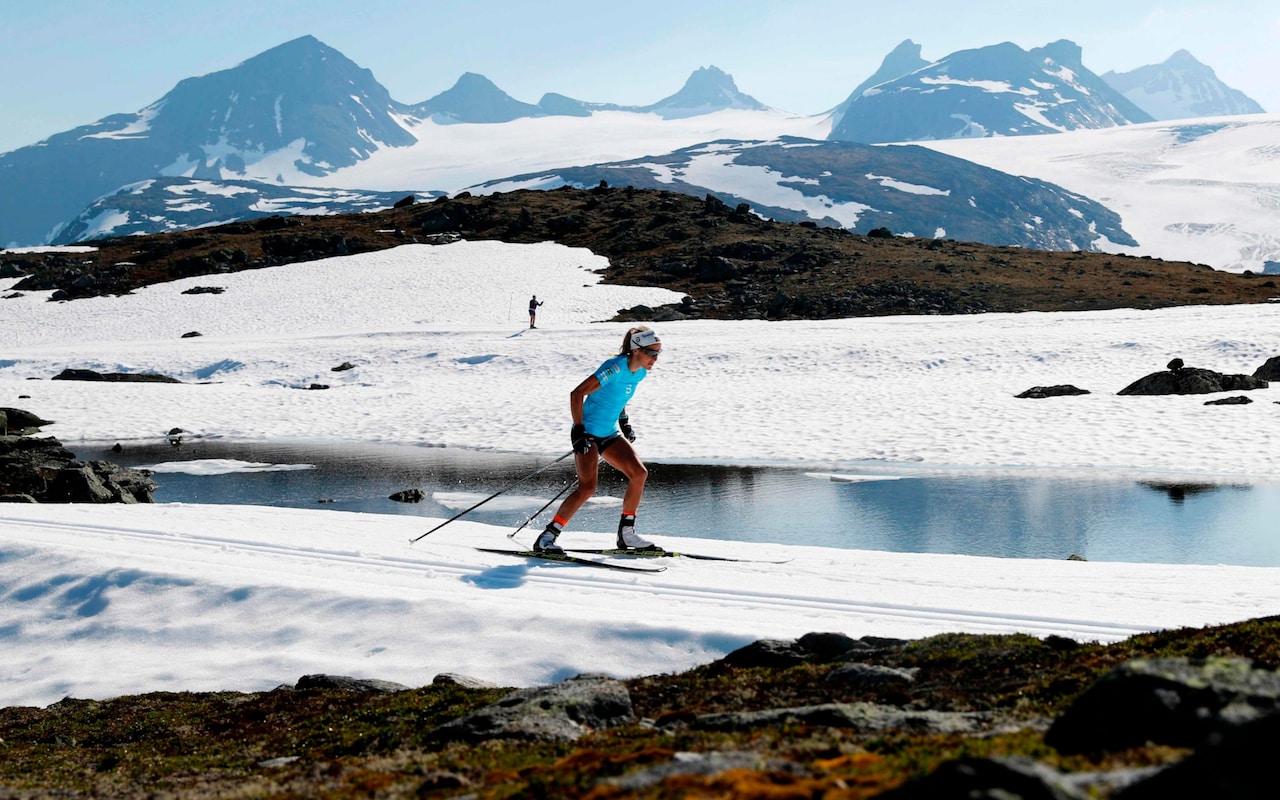 Norwegian cross-country skier Therese Johaug takes part in a training session at the Sognefjellet mountain pass between Luster and Lom in Norway. Credit: The Telegraph
Market Closes for May 31st, 2018

Market Commentary:
~$On this day in 1919, the New York Stock Exchange closed its doors for the day so that frenzied clerks could clear paperwork from a tumultuous month during which volume regularly exceeded an astonishing 1.5 million shares a day.
Number of the Day
€813 billion
The amount of bad loans still sitting on European bank balance sheets. Political turmoil in Italy has revived concerns about the region’s banking system.
Canada
By Kristine Owram
(Bloomberg) — Canadian stocks posted their biggest monthly gain since July 2016 even as new U.S. tariffs on imported steel and aluminum raised fears of a growing global trade war.
The S&P/TSX Composite Index rose 0.1 percent to 16,061.50 Thursday, after trading lower for most of the day. Its gain for the month was 2.9 percent.
Technology shares added 0.7 percent and financials gained 0.4 percent Thursday, with all others losing ground.
Stelco Holdings Inc., Canada’s only publicly traded steel producer, lost 3.5 percent, the most in two months. The Trump administration plans to impose 25 percent duties on imported steel.
In other moves:
Stocks
* Sierra Wireless Inc. fell 6.8 percent, the most since February, after its chief executive officer stepped down, prompting a downgrade at National Bank Financial
* Canada Goose Holdings Inc. gained 6.7 percent to a record high. The retailer is opening two stores and a regional headquarters in China
* Superior Plus Corp. lost 5.9 percent, the most since 2016, on a deal to buy NGL Energy Partners LP’s propane shipping business for $900 million
Commodities
* Western Canada Select crude oil traded at a $25.00 discount to WTI
* Gold fell 0.1 percent to $1,300.10 an ounce
FX/Bonds
* The Canadian dollar weakened 0.7 percent to C$1.2960 per U.S. dollar
* The Canada 10-year government bond yield fell three basis points to 2.24 percent
US
By Randall Jensen
(Bloomberg) — The Trump administration’s tariffs on imports from key allies sent U.S. and European stocks into a tailspin and stoked demand for the safety of Treasuries.
The S&P 500 fell for the fourth time in five days, paring a monthly advance as the president’s escalation of trade tensions with Canada, Mexico and the European Union hammered American industrial and financial shares. Deutsche Bank AG fell to a record low after reports that U.S. regulators added it to a group of troubled lenders they monitor. The 10-year Treasury yield fell to 2.84 percent, while Mexico’s peso and Canada’s dollar retreated.
The Trump administration’s unilateral action upended the global trade order and was met with retaliatory actions that could imperil economic growth. The ratcheting up of tension overshadowed reports that Italy is close to forming a government that is more EU-friendly than investors had feared. Investors are also bracing for Friday’s jobs report.
“The hard thing about protectionism, the hard thing about tariffs and quotas, is that you can almost think of it as it’s a slow moving disease, but it’s deadly,” Kristina Hooper, Invesco’s chief global market strategist, said in an interview at Bloomberg’s New York headquarters. “When I look at protectionism, I don’t believe the market truly can price it in at this point because there’s still so many potential iterations. But right now it’s certainly moving further to the extremes when it comes to protectionism and that can be very problematic.”
These are some key events to watch this week:
* The U.S. employment report for May is due Friday. It’s the last before the June Fed meeting.
* Automakers report May U.S. sales the same day.
* Also Friday: some onshore Chinese stocks join MSCI Inc.’s global indexes.
* On Saturday U.S. Secretary of Commerce Wilbur Ross will travel to Beijing for more talks with Vice Premier Liu He on topics including ZTE Corp. and trade.
These are the main moves in markets:
Stocks
* The S&P 500 Index fell 0.7 percent to 2,705 as of 4 p.m. New York time.
* The Dow Jones Industrial Average dropped 1 percent to 24,416.
* The Nasdaq Composite Index declined 0.3 percent.
* The Stoxx Europe 600 Index dropped 0.6 percent.
* The MSCI Emerging Market Index increased 0.7 percent, the largest climb in three weeks.
Currencies
* The Bloomberg Dollar Spot Index rose 0.1 percent.
* The euro gained 0.2 percent to $1.1687.
* The British pound was little changed at $1.3292.
* The Japanese yen rose 0.1 percent to 108.77 per dollar.
Bonds
* The yield on 10-year Treasuries fell one basis points to 2.84 percent.
* Germany’s 10-year yield dipped three basis points to 0.34 percent.
* Britain’s 10-year yield dropped three basis points to 1.230 percent.
Commodities
* West Texas Intermediate crude decreased 1.7 percent to $67.04 a barrel.
* Gold fell 0.1 percent at $1,299.66 an ounce.
–With assistance from Sarah Ponczek and Samuel Potter.

Have a great night.